Skip to content
Our website is made possible by displaying online advertisements to our visitors. Please consider supporting us by whitelisting our website.
Home AU Valhalla Super Massive 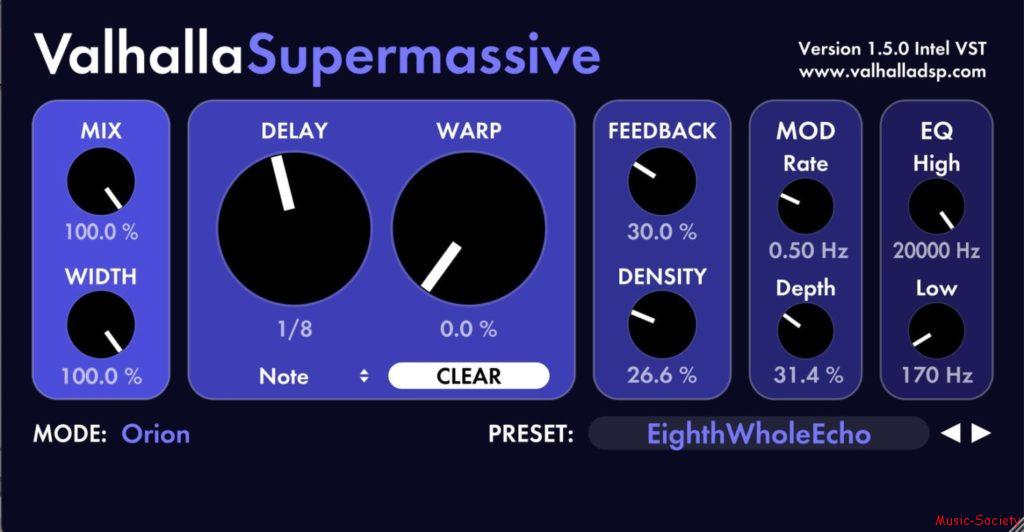 ValhallaSupermassive has been designed from the ground up for MASSIVE delays and reverbs.   Get ready for luscious clouds of reverb, otherworldly delays, and swelling waves of feedback unlike any you’ve heard before.

All Valhalla plugins are self-documenting, so you can rollover the controls for the tooltip.

And it’s free.  No strings attached.   Just download to blow your mind and your music to new levels of consciousness and experience.