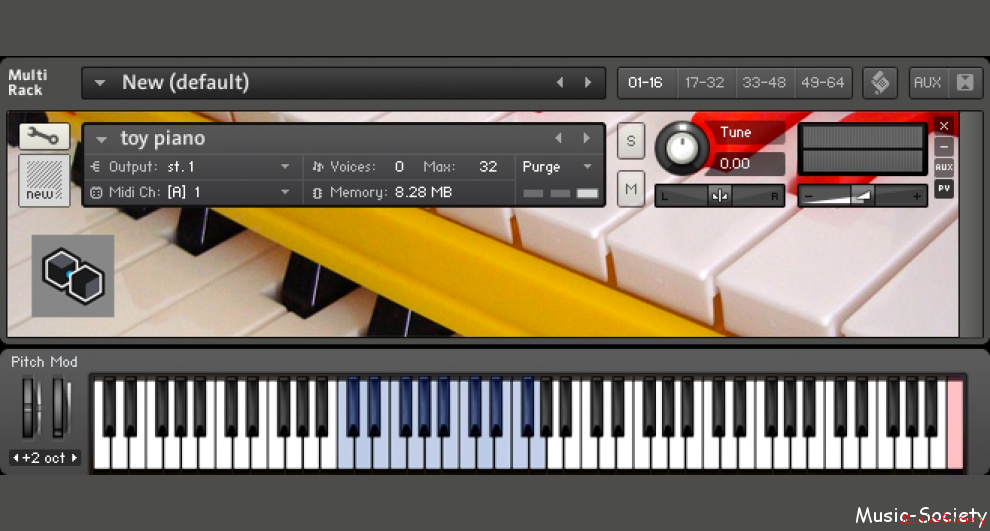 Aimed at those who seek to inject some spiky toy piano sounds into their compositions.

The timbre of the instrument can be best described as “thin” or “shrill” (as opposed to toy pianos with a more metallic resonance), but the instrument is tuned to work within the context of other instruments in order to provide less jarring clashes. The sound has been recorded completely dry, so added ambiance is under your control in post processing.

The piano spans a 1.5 octave range and supports multiple velocities for a larger range of playing dynamics. Another feature consists of the playback of randomized mechanical sounds upon release of the notes.