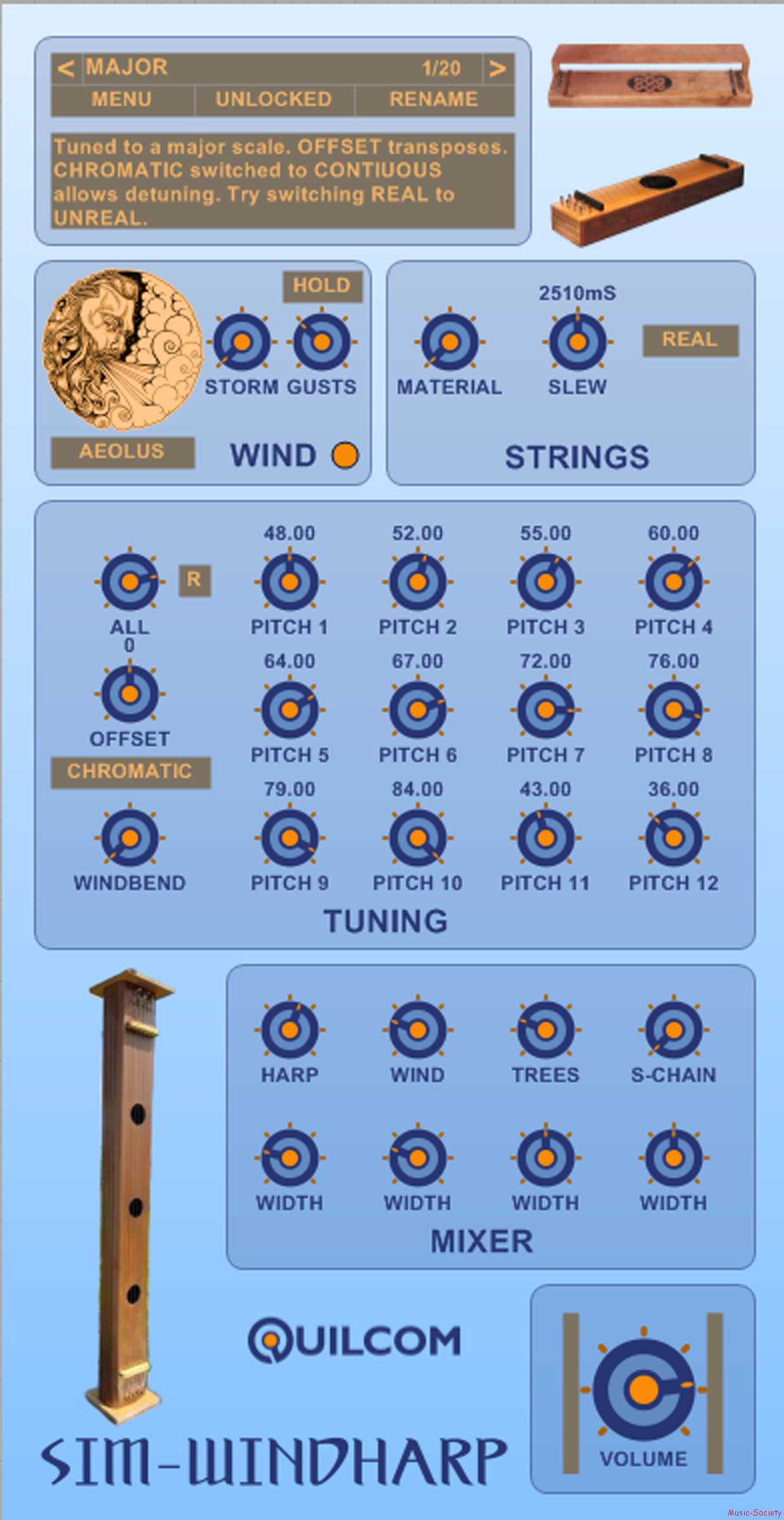 The Quilcom SIM-WINDHARP is an effect plugin which actually generates the sound of Aeolian harps, together with wind and tree rustling sounds which can be mixed as appropriate.

It’s seen as an effect plugin, but the only inputs are for sidechain control of the wind speed. You can record the output in a DAW, but to hear the recording you may have to bypass the effect or turn it off in the DAW first.

The zip (click on the picture) contains 32 and 64 bit plugins and a 32 bit plugin for Windows XP. Also I provided a stand-alone version in case you just want the sound as a background. There’s a user guide and the FlowStone FSM schematic which isn’t needed for the plugins to run, but there if you have FlowStone and wish to look under the hood.

I hope you don’t think this really “blows”!