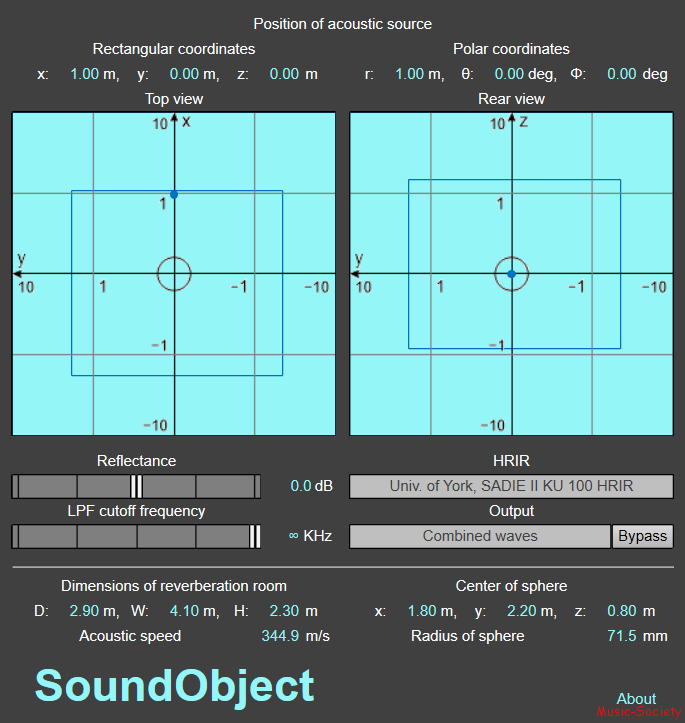 SoundObject creates a binaural sound with the senses of three-dimensional sound localization from a monaural acoustic source and its positional information.

And in many cases, conventional convolution-based binaural sound rarely creates a sense of front distance, while SoundObject enables it by reflected waves in a reverberation room.