Skip to content
Our website is made possible by displaying online advertisements to our visitors. Please consider supporting us by whitelisting our website.
Home Posts tagged "Power"

HLF-3C is a 12 dB per octave low and high cut filters plugin, providing broad retro-tonal sculpting or bygone-era special effects, without the inconvenience of insertion loss found with the unamplified passive hardware. You can easily subtract the unnecessary frequencies in any instrument and sub-group so they stay wonderfully musical in the…

Nano Saturate is a saturation effect plugin. It was developed to create the sound of modern progressive house and sounds best on distorted Supersaws.   Nano Saturate includes 11 different saturation algorithms to choose from.   This VST includes a invisible limiter. The limiter never lets the peak level of the wet… Simple Saturation is a GPLv3 license open source VST3 plugin for Windows only. Features Input: Gain before going through the Saturation circuit. Range is 0 to 10db. The knob is stepped by 1db Saturation: 0 to 100% | Be careful going past 85% it gets really intense. Lower the Output…

BlackVibe Custom tube amplifier with tremolo for guitars and keyboards! It has no built-in cabinet. So, you can combine BlackVibe with KABIN or any IR that you like! FEATURES – F-Type preamplifier – M-Type tone stack – F-Type tremolo – M-Type power amplifier Update : 8.8.2022 – Version 2.0 –…

Substrate is an effect device to give your bass sounds the right “boost”. It will generate additional harmonics to the sound in the low end frequency range (sub-harmonics) based on a pre-set fundamental frequency from which it will generate the harmonics. These harmonics can be added and amplified by a “boost…

This is a complete recreation of the Fairlight CMI IIx. This has all the features of the original Fairlight CMI including 16 stereo voices, full voice editing and real time control, harmonic additive synthesis, full Page R sequencer and much more. Launched 1 year ago the 1.29g is the biggest…

It’s an analog, 20 note polyphonic, square wave synthesizer based on the 555 timer chip. The enclosure and keys are 3D-printed, its models were programmed in OpenSCAD, and its PCB was designed in Kicad. A little history The monophonic (one note at a time) OKAY synths I made a couple years ago also used the…

The song OTYKEN – STORM talks about the difficulties that people face when traveling to the East. The music of the OTYKEN group is dedicated to giving kindness and warm light to all people on earth! The magical power of our music will heal your soul and your body as well, and it can even send you into a trance.

Thanks to all the caring people who sent us donations for the filming of the music video OTYKEN – STORM. We tried very hard and gave it our all!

“The moon does not fight. It attacks no one. It does not worry. It does not try to crush others. It keeps to its course, but by its very nature, it gently influences. What other body could pull an entire ocean from shore to shore? The moon is faithful to its nature and its power is never diminished.” – Deng Ming-Dao

SirenFX NoisePalette is a versatile noise generator, capable of generating signals with variable power spectra using a high-quality spectral tilt filter. It is customary to assign colours to different noise spectra, such as the “white” and “pink” noises audio engineers are so familiar with. These noise signals have a constant… 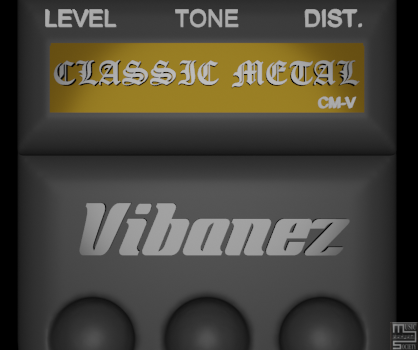 The Vibanez CM-V is a sound-a-like of the Ibanez CM-5 Classic Metal effect pedal. This VST3 effect plugin is designed to emulate the original pedal design’s signal chain and theory of operation. Get that late 70s power metal sound with this unique effects pedal. There are four controls: Level (volume), Tone (bass…

SPAN is a free real-time “fast Fourier transform” audio spectrum analyzer AAX, AudioUnit and VST plugin for professional sound and music production applications. For the most part it was derived from Voxengo GlissEQ dynamic parametric equalizer and reproduces its spectrum analysis functionality. SPAN provides you with a very flexible “mode”…

Buck, the electrician, can slow down time after an electro-shock – How will he use his new power? – Of course, to impress a girl…..

Ymer is a simple yet powerful distortion plugin that adds massive coloration and some unique analog dirt into any audio source. The main philosophy behind Ymer is to focus on a selected frequency zone of the source material and gaining it to its extreme power pick point which will make…

Lore is an advanced sound design workstation inspired by musique concrète, microsound and other pioneering sound technologies of the past several decades. It combines spectral and granular engines along with several other features designed to unleash the power of microsonic resynthesis. In the archive, you will find the following plugins…

Iconic Vari-Mu limiting amplifier with extra features! Features – VOLUME: -30 to +30dB input volume to drive circuit. You can drive circuit and get saturation plus more compression or vice versa. – ATTEN: Output volume to adjust final level after process. – THRESHOLD: Will let you set threshold to make… 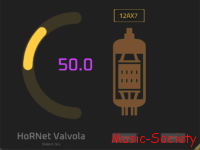 HoRNet Valvola (the Italian word for vacuum tube) it’s an emulation of the electric behavior of a vacuum tube and its surrounding circuit. The sound of the plugin is as close as you can get to the real tube behavior since the code it’s the direct modeling of the circuit… 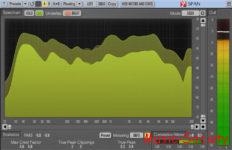 SPAN is a free real-time “fast Fourier transform” audio spectrum analyzer AAX, AudioUnit, and VST plugin for professional sound and music production applications. SPAN provides you with a very flexible “mode” system which you can use to setup your spectrum analyzer preferences. You may specify Fourier block size in samples,…

Custom digital guitar amp head, featuring a one-knob pedal-style distortion, pre- and power-amplifier gain stages, and a custom tone stack. The STR-X was built to be a simple but powerful, digitally-oriented guitar amp, one which isn’t based off of any pre-existing analog models. Tonally, it is capable of high gain,… 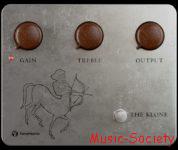 The Klone recreates complex, non-linear analog distortion of the Klon Centaur guitar pedal. Using a combination of circuit analysis and machine learning, we carefully recreated the tones of this legendary pedal, famous for its unique “transparent” overdrive that turns into crunchy but crisp distortion when pushed to its limits. The result is…

I’ve been given a highly damaged and noisy vibraphone recording by a fellow sound developer. Using the power of spectral repair, I manually fixed each note to its original state giving this vibraphone sample set a rebirth, hence its name Vibraphone Renaissance. Three variations of this vibraphone have been created:… 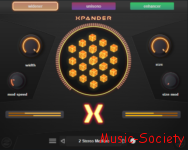 DISCOVER THE XPANDER AND BRING YOUR SOUNDS ALIVE The Xpander FX plugin is a combination of Stereo Widener, Unison Detuner, Chorus, Ensemble and EQ. The GUI is divided in 3 sections to keep it plain and simple. However not to be fooled by the simple looks, as it harnesses great… 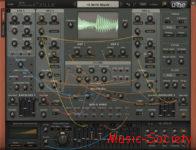 Beatzille: little monster Beatzille is a compact version of our monster modular synthesizer Bazille. Although its condensed feature set makes it the ‘little brother’, Beatzille is still an engaging and capable synthesizer. Power and style run in the family. Digital oscillators, analogue-style filter and flexible patching will keep you busy… 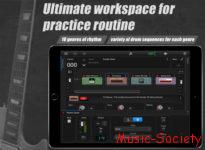 30-Day: 6329; 7-Day: 860; Yesterday: 68 With TL GFX Lite, you get a complete pocket-size guitar processor. Get access to massive collection of realistic sounding effects and amps right on your portable device. ToneLib GFX Lite is a collection of guitar amps, speaker cabinets, and effects that let you easily turn your portable…