HoRNet Angle is a little handy tone shaper tool. It’s based on the concept of the “tilt eq” a special kind of equaliser designed to change the tonal balance of the track to which is applied.

A “tilt eq” does not provide frequency or Q control, it simply increases or decreases high and low frequencies around a fixed point, and in the case of HoRNet Angle is 650Hz, turning the “Angle” knob on the GUI towards right increases the right part of the spectrum (the high frequencies) while lowering the left part (low frequencies) of the same amount. This simple action allow to perform very gentle tonal shaping that can help you get the correct frequency balance of your mix with very little effort.

HoRNet Angle also adds the standard HoRNet goodies, we have added input and output auto gain based around the 0VU level, leaving them engaged may help you keep the level constant while you tweak the EQ. HoRNet Angle also has the “OpAmp” analog emulation derived directly from our AnalogStage plugin that adds harmonics and make the sound “thicker” when enabled.

The best possible sound quality is always guaranteed by the auto-oversample feature that internally adjusts the oversampling amount to give the plugin enough bandwidth to keep the aliasing at minimum with every sampling frequency. 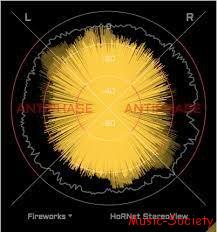 HoRNet StereoView is a correlation meter designed to help you visualise the stereo image of your [b]tracks[/b].

The design of the plugin is very straightforward and easy to understand since the interface is completely occupied by the “goniometer”: an X-Y graph that displays the intensity of the signal in the stereo field.

StereoView allows you to change between two different views: the default, that we call “fireworks” that shows every sample as a straight line starting from the center, and the one we call “abstract” that connect each sample in the stereo field to the next one creating a continuous “wire”.
Another useful feature of the interface is the ability to be rescaled at will so you can resize it to fill the right spot on your screen.

A goniometer like HoRNet StereoView can be a very handy tool to directly see if your track have any anti-phase issue that may create problems when your track is played in mono, something that happens very often with mobile music listening today. 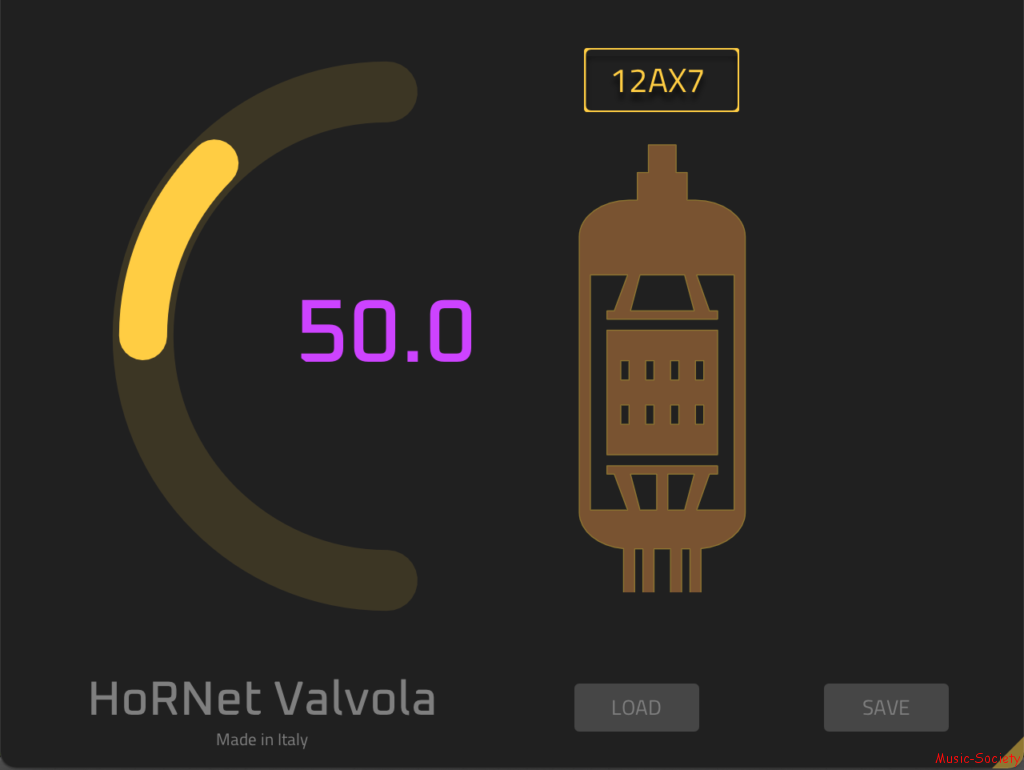 HoRNet Valvola (the Italian word for vacuum tube) it’s an emulation of the electric behavior of a vacuum tube and its surrounding circuit.

The sound of the plugin is as close as you can get to the real tube behavior since the code it’s the direct modeling of the circuit characteristics obtained directly simulating the tube and the biasing circuit around it.
The same technology is found inside our Guitar Kit plugin and Analog Stage plugin and we decided to give it away for free because we are proud of it.

Valvola comes with many different vacuum tube emulations, including triodes and pentodes, from the classic 12AX7 used in pre amplifiers to the EL84 power tube, well using more than one instance of Valvola you could create your little tube amplifier emulation.

The typical tube distortion that Valvola provides is not static but changes with your music since tubes has some kind of “memory effect” that actually change their bias point if they processed high levels (this is the case with heavy bass drums, bass synths or guitars) in practice they distort more with low frequency peaks. Also vacuum tubes are not linear in frequency response and each one has its own characteristic sound that we carefully modeled using the original tube parameters.

All these interactions are controlled using just one “saturation” knob that also keeps the level constant so you can just add distortion without adding gain and keeping the aliasing at minimum thanks to the intelligent oversampling up to 4x.

HoRNet Valvola comes with an hardware accelerated graphic interface that is completely resizable and drawn using vectorial techniques so that it looks sharp and perfect on every monitor size.