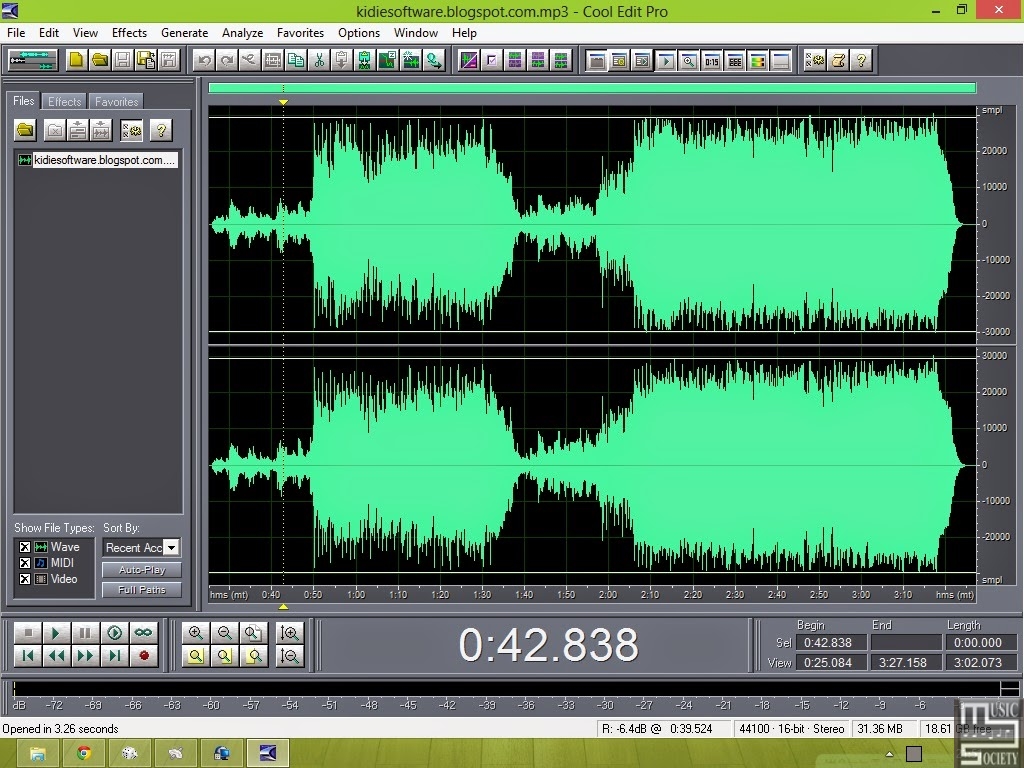 Cool Edit Pro is a power-packed digital sound editor for Windows-based PCs. Whether you need to record and modify a single .wav file, or want to have the tools to create the next number one hit song, Cool Edit Pro has you covered. And with great new features like built-in CD ripping, Cool Edit Pro 2 is better than ever.
All of the functions required for taking an audio project from conception to completion are included in Cool Edit Pro. This means you don’t need third-party applications or plug-ins to get the job done. However, plug-in support is built-in so you can use any DirectX-compatible audio plug-in as easily as Cool Edit Pro’s native effects.

Cool Edit Pro allows you to record and mix up to 128 stereo tracks using any Windows-compatible sound card. Have more than one sound card? No problem! Cool Edit Pro supports multiple multi-channel sound cards.
After you’ve recorded your tracks, take advantage of Cool Edit Pro’s set of powerful enhancing tools. Add natural- sounding reverb. Process your sound file’s dynamic range to give it more “oomph”. Adjust the timbre of the recording for just the right combination of highs and lows. Perform smooth-as-silk fades. Clean up poor-sounding audio by removing clicks, pops, hum, and hiss. Stack your tracks on top of one another and arrange them with drag-and-drop ease.

When it comes time to mix your creation, you’ll appreciate Cool Edit Pro’s separate level, pan, mute, solo, and routing controls. It’s like having a high-priced mixing console inside your PC – without the high price! Save your work in a variety of audio formats from industry-standard .wav, .au, and .aif files, to popular compressed formats like .mp3. Need to work with MIDI or video? Cool Edit Pro’s MIDI and SMPTE support makes for seamless synchronization of your digital audio tracks. Since Cool Edit Pro generates MIDI time code, it can be the master in a mixed audio/MIDI/video environment. Most of all, Cool Edit Pro is just plain fun to use. Whether you’re using the program for the first time or are a long- time Cool Edit Pro 1.x user, we bet you won’t be using Cool Edit Pro 2 too long before the word “cool” comes out of your mouth.