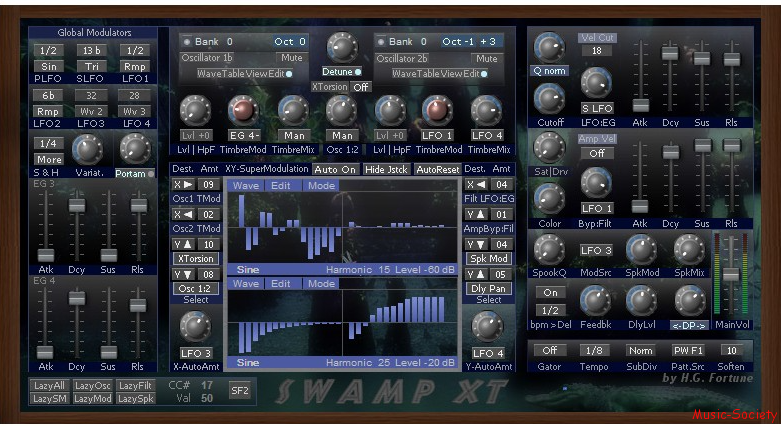 Swamp XT is a timbre modulation synthesizer. It can create unique sounds from clear & harsh metallic sequenced sounds to soft & wide modulated Pads. This is achieved by modulating the timbre on the oscillator level.

Swamp XT features ‘Timbre-modulation’: It processes each oscillator’s waveform in a very unique way by changing (i.e. enriching or limiting) the harmonic spectrum making the sound fatter, wider or narrower, right down to nearly dissolving it to some kind of distorted noise, depending on the input wave.

Swamp XT delivers a wide variety of sounds – including some really strange and weird.