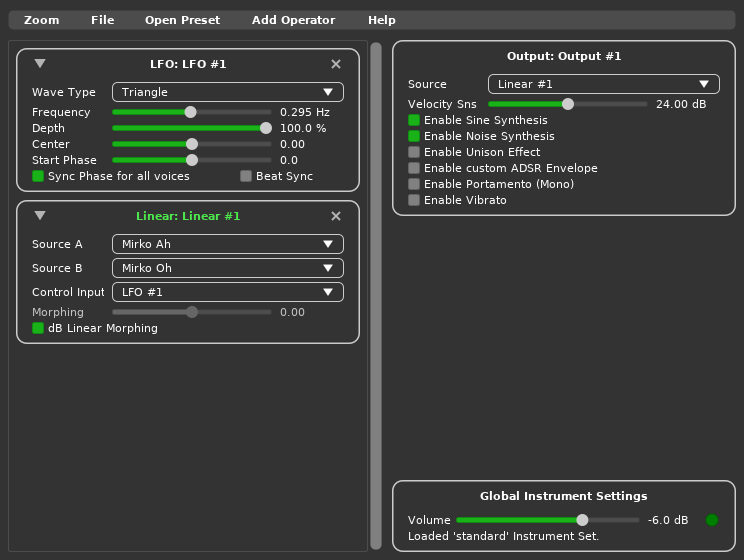 SpectMorph is a free software project which allows to analyze samples of musical instruments, and to combine them (morphing). It can be used to construct hybrid sounds, for instance a sound between a trumpet and a flute; or smooth transitions, for instance a sound that starts as a trumpet and then gradually changes to a flute. In its current version, SpectMorph ships with many ready-to-use instruments which can be combined using morphing.
SpectMorph is implemented in C++ and licensed under the GNU LGPL version 3.