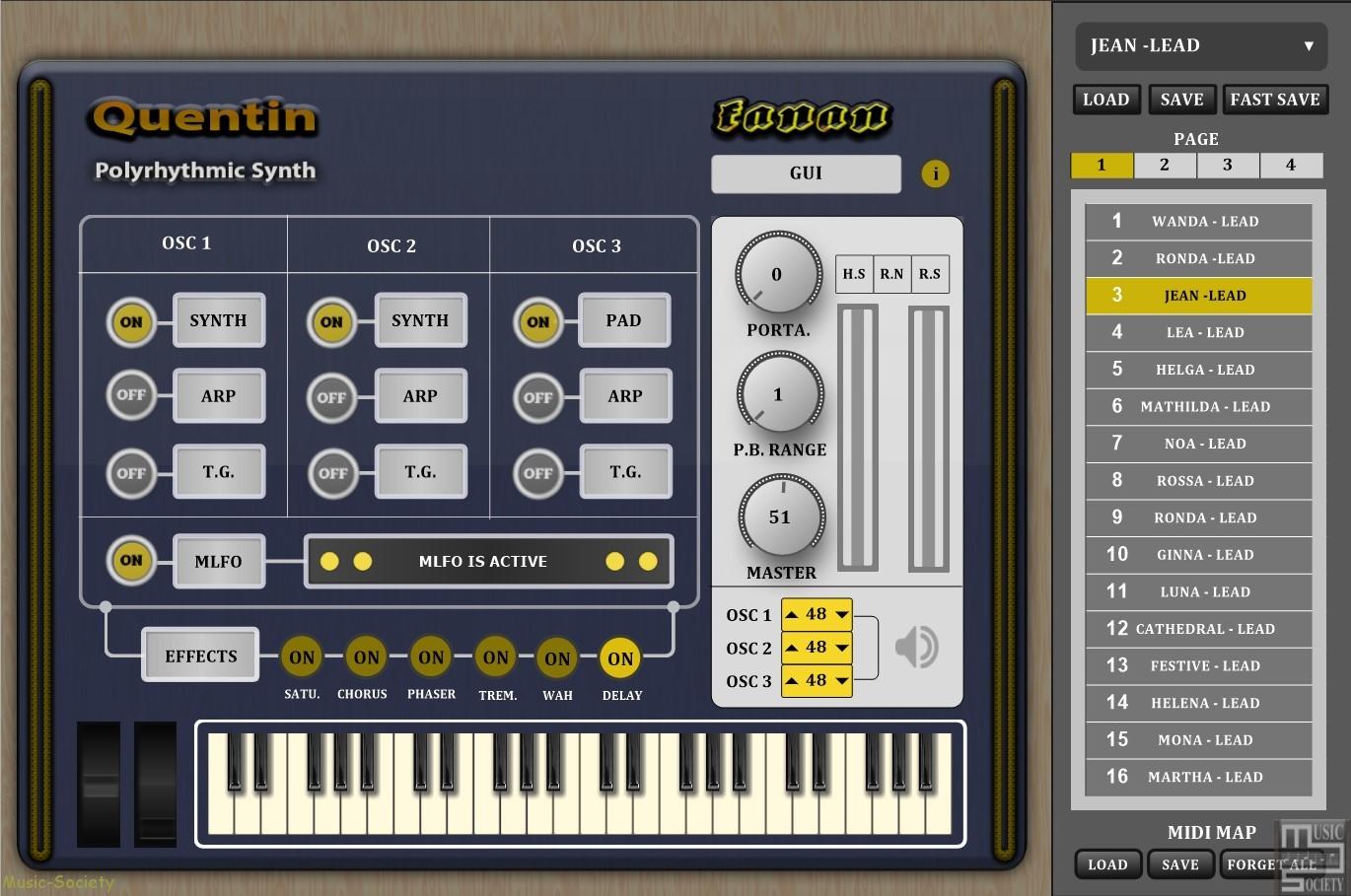 The arp is based on built-in 999 arppeggios that can be switched on the fly or randomized. Their special “super power” is recognizing a played chord and spreading the arppeggios MIDI notes according to the pressed keys. They also support sequence complexity by jumping between higher or lower octaves and by using the “ply” feature wich adding more notes to the sequence.

The trance gate is quite standard with control over time, smooth and number of steps.

The MLFO is quite similar to polyphony driven LFO, but with it’s own twist: it controls the knobs directly instead of the poly signal. This way almost any signicant feature in the synth can be wall controled by quentin’s 9 LFOs. The MLFO can work in both ad hok and synced to the DAW’s b, p.m.