Skip to content
Our website is made possible by displaying online advertisements to our visitors. Please consider supporting us by whitelisting our website.
Home Hardware POLY555 Synth 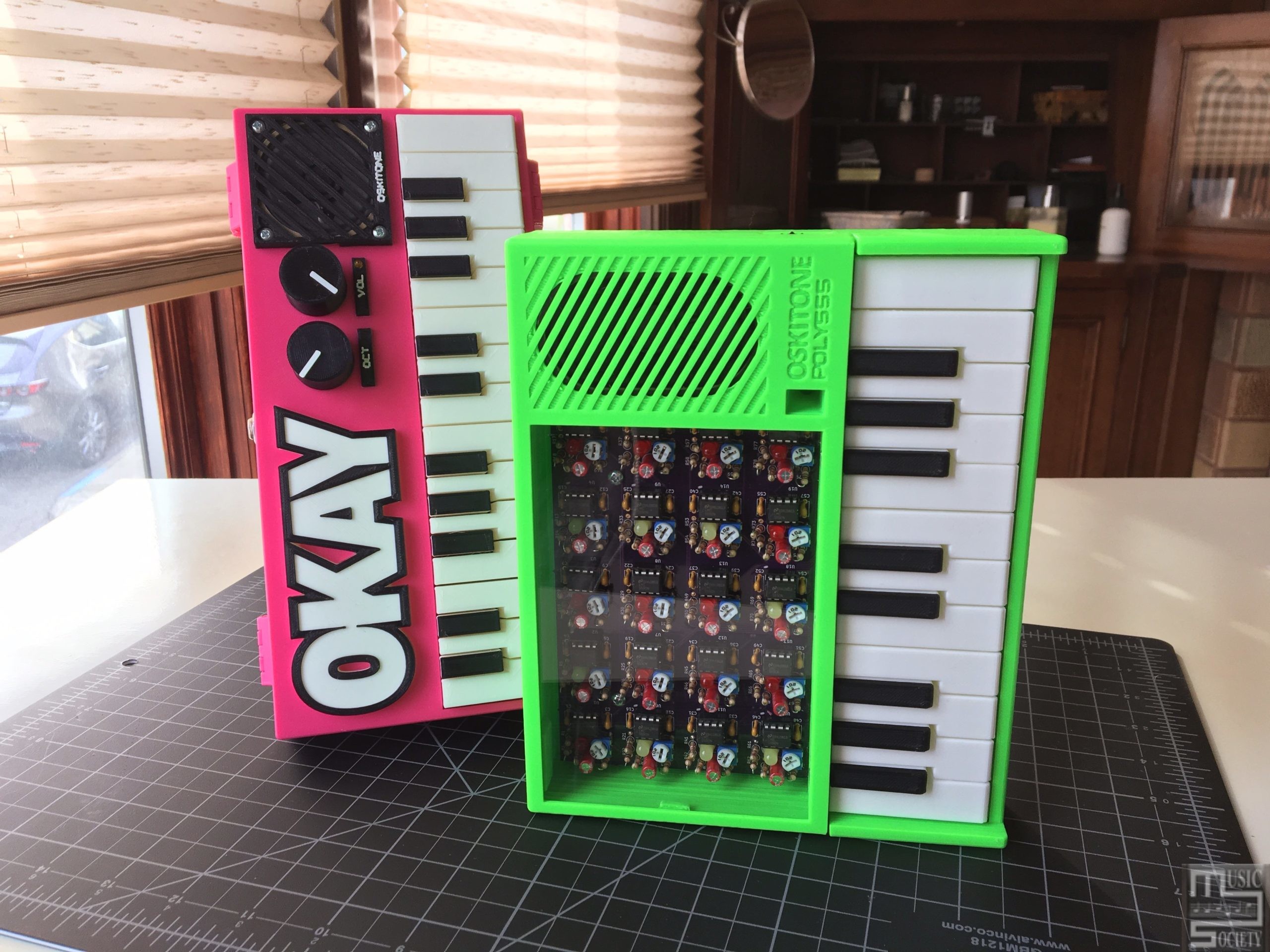 It’s an analog, 20 note polyphonic, square wave synthesizer based on the 555 timer chip. The enclosure and keys are 3D-printed, its models were programmed in OpenSCAD, and its PCB was designed in Kicad.

The monophonic (one note at a time) OKAY synths I made a couple years ago also used the 555 timer as their oscillator, as a sort of homage to the ubiquitous chip’s long history within the electronics community. When I showed one to folks in the scene, “the best 555 synth ever” was an easy, understandable pitch.

But the first question I always got was “How can it play more than one note?”. To that I’d pop the hood and explain that since it has only one 555 to make one oscillator to make one note, to have more notes and still use the 555 I’d need… more 555s!

And while there are more economical ways to get analog polyphony (at the least, the 556 immediately comes to mind), I kept with discrete 555s because I thought it’d be fun to take this train of thought to its logical, if inconvenient!, extreme.

(I consider the POLY555 to be a spiritual successor to the OKAYs, which I haven’t abandoned yet but absolutely need to give some TLC…)

How does it work

From left to right:

All 20 555 circuits share the same circuit but have unique component IDs.

Again, from left to right:

Outside of the electronics and plexiglass, the rest of the POLY555 is 3D-printed.

Per usual with 3D-printed stuff, there are various tricks to get it to print nicely:

Lessons learned from the OKAY

The POLY555 is both easier to tune and stays in tune longer than the OKAYs. Here’re the OKAY 2’s tuners on the key’s flip side: 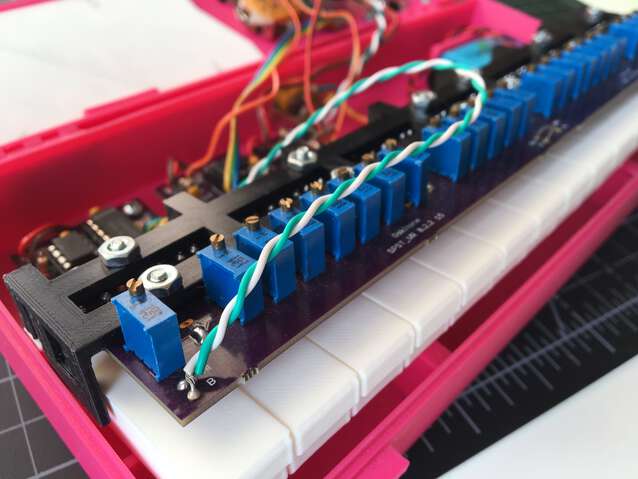 All of that is fixed with the POLY555, where the tuning pots are independant and need less turning, the power buttons are separate from the tuning paths, and a regulator ensures constant voltage.

Hopefully easier to put together

Believe it or not, I think the POLY555 is easier (or at least more straightforward) to solder than the OKAY. Here’s the inside of the OKAY 2 again for reference:

The POLY555 suffers from none of that, and the end result is that its assembly should hopefully feel a lot closer to the Paint-By-Number kind of thing that, for better or wose, folks expect from an electronics kit.

Narrowing the gap between expected and actual complexity

The OKAYs were so adorable that they were cursed with looking much simpler than they actually were, which was good because I got sales but bad because (I’m almost certain) fewer folks got them assembled successfully in the end (which, IMHO, is the true heuristic for a product’s success. I’ve no interest in being a “shelfware” designer).

So in addition to hopefully making the POLY555 easier to assemble, I’m also intentionally making it look difficult by showcasing its circuitry. By celebrating the complexity instead of abstracting it away, I’m hopeful the kind of folks who are able to will self-select into purchasing and get to the finish line.

The OKAY kits shipped with their assembly guides printed out and folded into zines, and some even had makeshift-letterpressed covers. There’s no doubt a lot of old school charm to that, but it was hard to ensure folks got the best instructions with black ink on dead trees.