Skip to content
Our website is made possible by displaying online advertisements to our visitors. Please consider supporting us by whitelisting our website.
Home AU PlastikGuitar by audiolatry 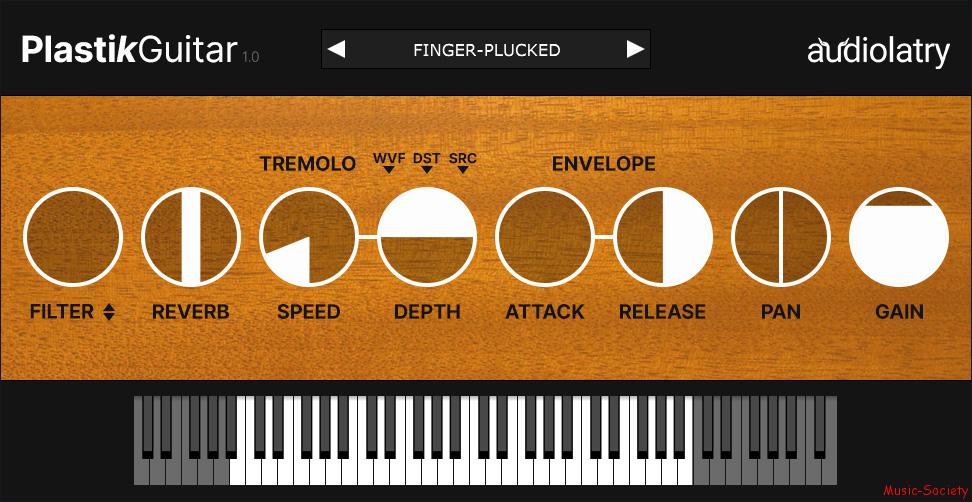 PlastikGuitar by audiolatry is a Virtual Instrument Audio Plugin for macOS and Windows. It functions as a VSTi Plugin, an AU Plugin and a VSTi3 Plugin.

PlastikGuitar is a free VST/AU instrument plugin (ROMpler) for DAWs and other plugin host software running on Windows and macOS.

This small guitar instrument is based on samples captured by Quartertone from a Yamaha Eterna classical acoustic guitar. During the recording session, he used a CAD E100 microphone.

PlastikGuitar comes with two presets: Finger-Plucked which contains finger-plucked note performances and Harmonics, with string harmonics played at the 4th, 5th, 7th, and 12th frets on each string of the instrument. Both presets have 5 velocity layers per sampled note.

The GUI is intuitive with controls such as tremolo with speed and depth, attack/release envelope, lowpass/highpass filter, gain, pan, and room reverb.