Skip to content
Our website is made possible by displaying online advertisements to our visitors. Please consider supporting us by whitelisting our website.
Home VSTI-VSTI3-AU-AAX Fujara Flute by Vienna Symphonic Library (VSL) 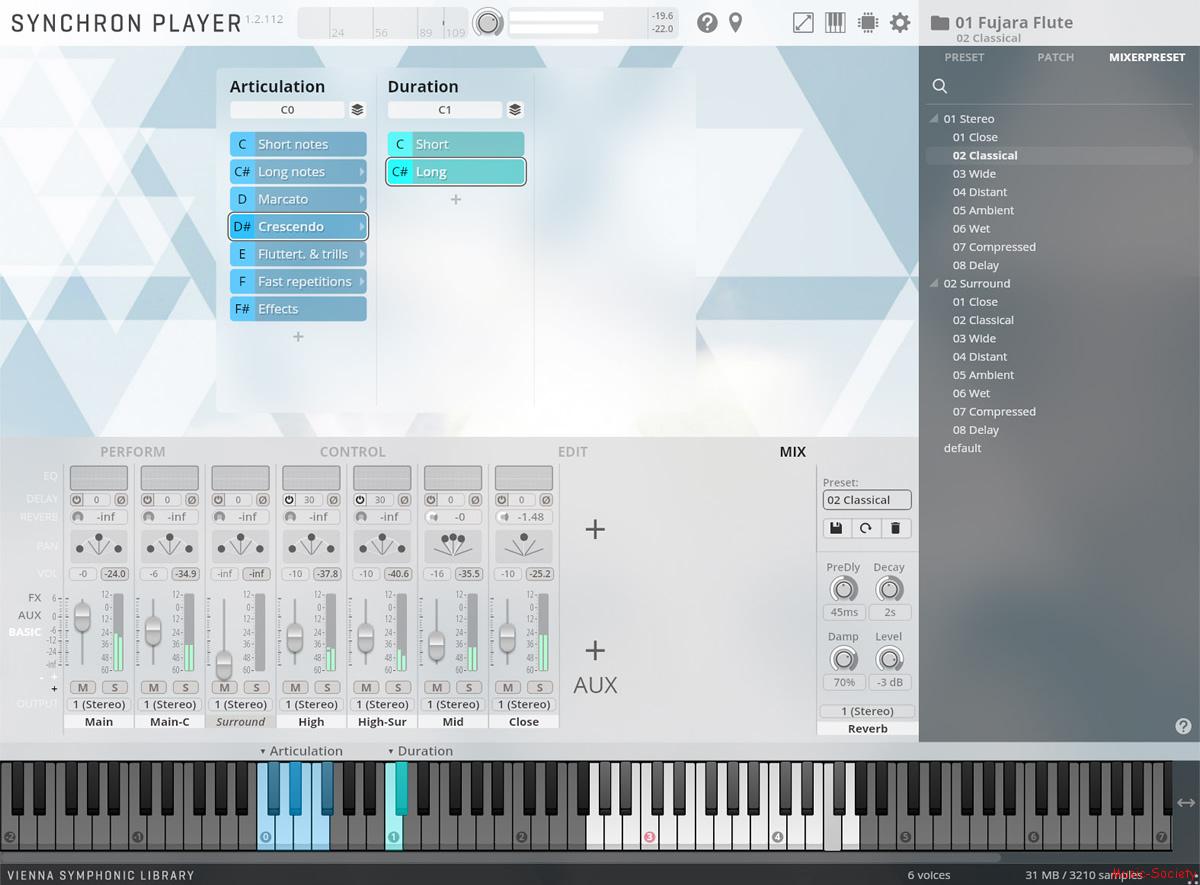 After the successful tutti orchestra library, Big Bang Orchestra – Free Basics, this is the second instrument the Austrian company provides free of charge. Both products, the free Big Bang Orchestra as well as the new Fujara Flute, can be activated on an iLok key or on the user’s computer without the requirement of a physical key.

The fujara is an overtone flute from central Slovakia originally played by shepherds. Living in mountain huts in remote regions far from human settlements south of the Low Tatras, they played these instruments to cope with their solitude, to guide and signal their sheep, and to communicate with each other across the alpine slopes. Their tradition and very special form of shepherd’s music was handed down through generations for hundreds of years. During that time, the fujara grew in length, with the sound becoming richer and deeper.

In the 17th and 18th century the fujara and its sound became a symbol of resistance against the foreign rule of the nobility, and many songs depicted the fight of the serfs against their oppressors. As with so many other instruments born into utilitarian or national service, the fujara has now evolved into its higher purpose, uplifting the souls of those who hear it in the hands of a skillful musician.

The specific construction of the fujara enables the player to create various overtones by altering the blowing pressure, and to play notes using the three tone holes. The sound of the fujara ranges from low, soft bass tones through sharp, high-intensity notes in the upper register.

Vienna Symphonic Library’s Fujara Flute is played by Slovakia-born multi-instrumentalist Veronika Vitazkova. The accomplished flutist is an acclaimed master of folk instruments. She has played with many orchestras, among them the Radio Symphony Orchestra Vienna, the Vienna Chamber Orchestra, Tonkünstler Orchestra, and for many years the Synchron Stage Orchestra. She also toured Europe as a solo flutist with Ennio Morricone, played at festivals from Salzburg to “Hollywood in Vienna”, and performed on numerous film scores.

Her maple fujara is an original instrument from Slovakia built by master Milan Koristek with a length of 173 cm (68″). It’s a special three-part instrument that can be used both as a fujara in G as well as in A.

During the sampling sessions on Stage A of Synchron Stage Vienna, Veronika Vitazkova performed a wide variety of short notes, long notes, crescendos, flutter tongues, trills, repetitions, as well as a series of unique effect techniques.