Skip to content
Our website is made possible by displaying online advertisements to our visitors. Please consider supporting us by whitelisting our website.
Home VST-VST3-AAX-AU Clon Minotaur by Nembrini Audio 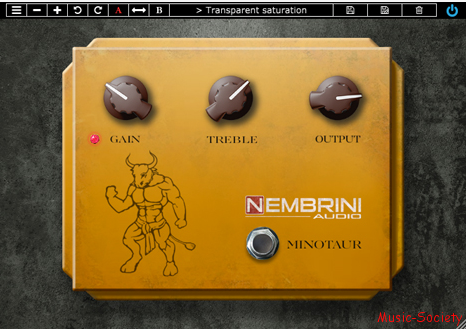 Clon Minotaur Transparent Overdrive is modeled on The Klon Centaur, a guitar overdrive pedal developed between 1990 and 1994.

The Clon Minotaur is characterized as a transparent overdrive, meaning it adds gain to the signal without significantly altering the tone of the guitar.