Skip to content
Our website is made possible by displaying online advertisements to our visitors. Please consider supporting us by whitelisting our website.
Home MultiMedia cdrtfe open source CD/DVD/BD burning application [FREE] 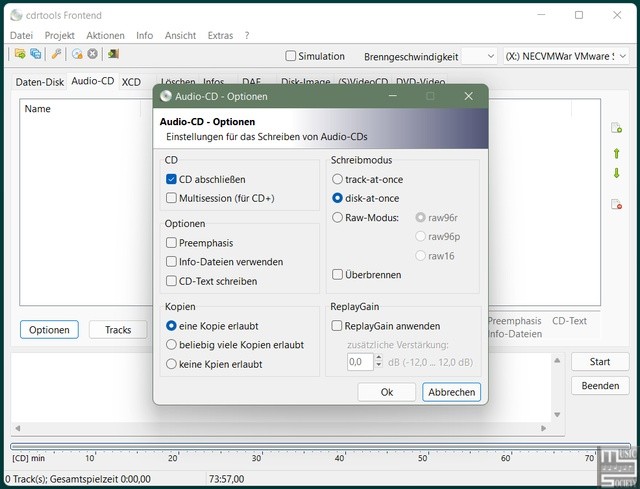 cdrtfe is an open source CD/DVD/BD burning application for Microsoft Windows. You can burn data discs, Audio CDs, XCDs, (S)VCDs and DVD-Video discs. It supports creation and writing of ISO images and bootable discs. Disc images and Audio CDs can be written simultaneously to multiple writers.

cdrtfe is a win32 frontend for the cdrtools (cdrecord, mkisofs, readcd, cdda2wav), Mode2CDMaker, VCDImager and other well-known tools.
cdrtfe has a multi-language interface and is also available as portable version.
For Windows XP (with limitations), Vista, 7, 8, 8.1, 10, 11.