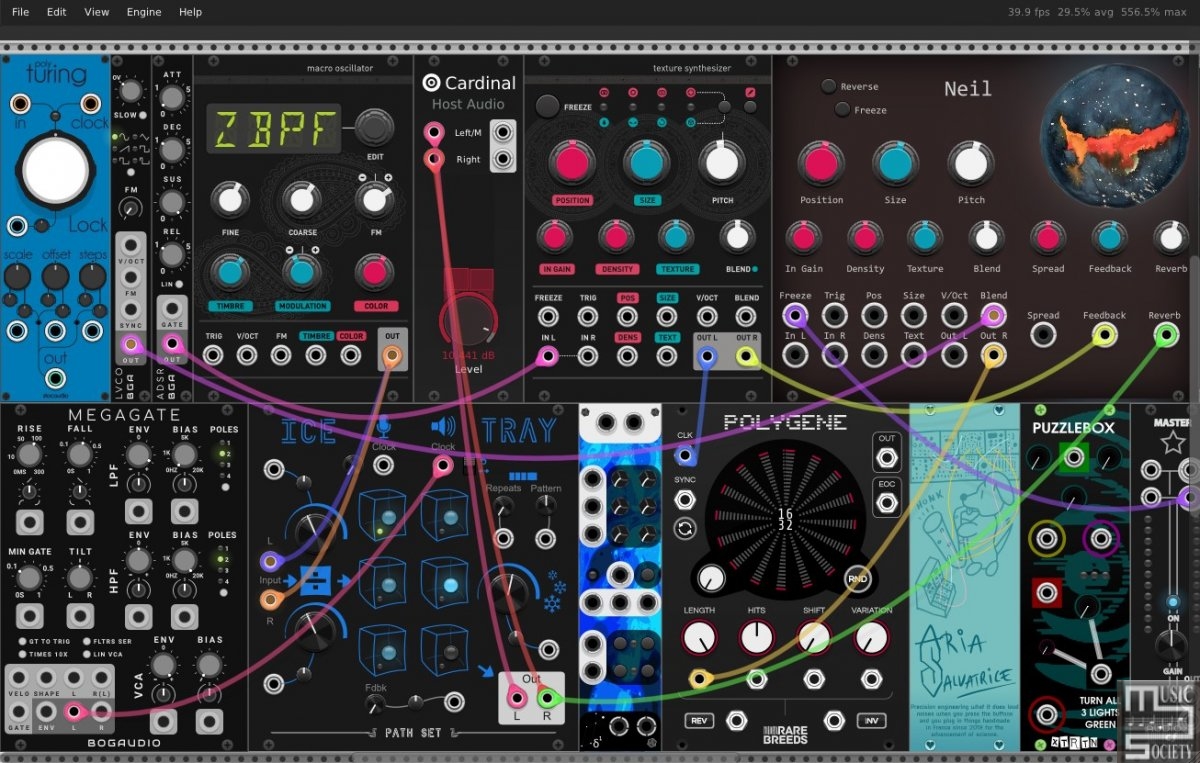 Cardinal is a free and open-source virtual modular synthesizer plugin, available as JACK standalone and AU, LV2, VST2 and VST3 audio plugin for FreeBSD, Linux, macOS and Windows.
It is based on the popular VCV Rack but with a focus on being a fully self-contained plugin version.

More specifically, this is a DPF-based plugin wrapper around VCV Rack, using its code directly instead of forking the project, with the target of having a proper, self-contained, fully free and open-source plugin version of Rack.
See the why section below for the reasons Cardinal exists, also for frequently asked questions check this FAQ document.

Cardinal contains Rack, some 3rd-party modules and a few internal utilities all in a single binary.
All “Core” modules from Rack have been replaced by Cardinal equivalents, simplified to better work for an audio plugin.

Cardinal does not load external modules and does not connect to the official Rack library/store.
All VCV branding has been removed (to the best of our knowledge) in order to avoid any trademark issues.

The VST3 version is in progress, already part of the build but still experimental.

Plugin variants
Cardinal provides 3 plugin variants – “main”, Synth and FX.
They are all equivalent in performance and behaviour, with only the IO and metadata that changes.
This is because some hosts are very strict on which plugins are allowed as instruments vs FX, so separate variants of the same plugin are needed.

FX and Synth variants both have 2 audio outputs, while “main” has 8.
All variants have MIDI input and output support.

NOTE: Due to AU and VST2 formats not supporting CV ports, this variant is not available for those formats.

Synth
This variant provides 2 audio outputs but no audio inputs or CV ports.
Plugin type is set as “instrument”.

FX
This variant provides 2 audio inputs and outputs, but no CV ports.
Plugin type is set as regular “effect”.

Screenshots
Because people will ask for it. It is, well… Rack.
But a couple of modules background’s have their colors flipped, because damn we want proper dark mode! 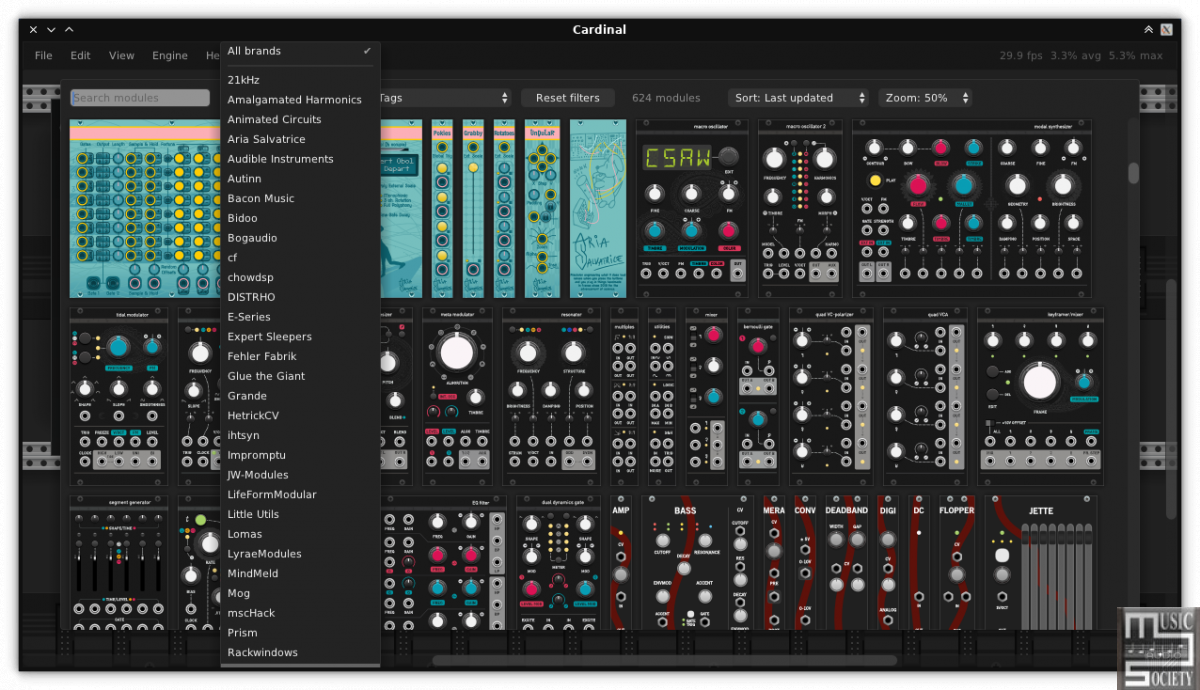 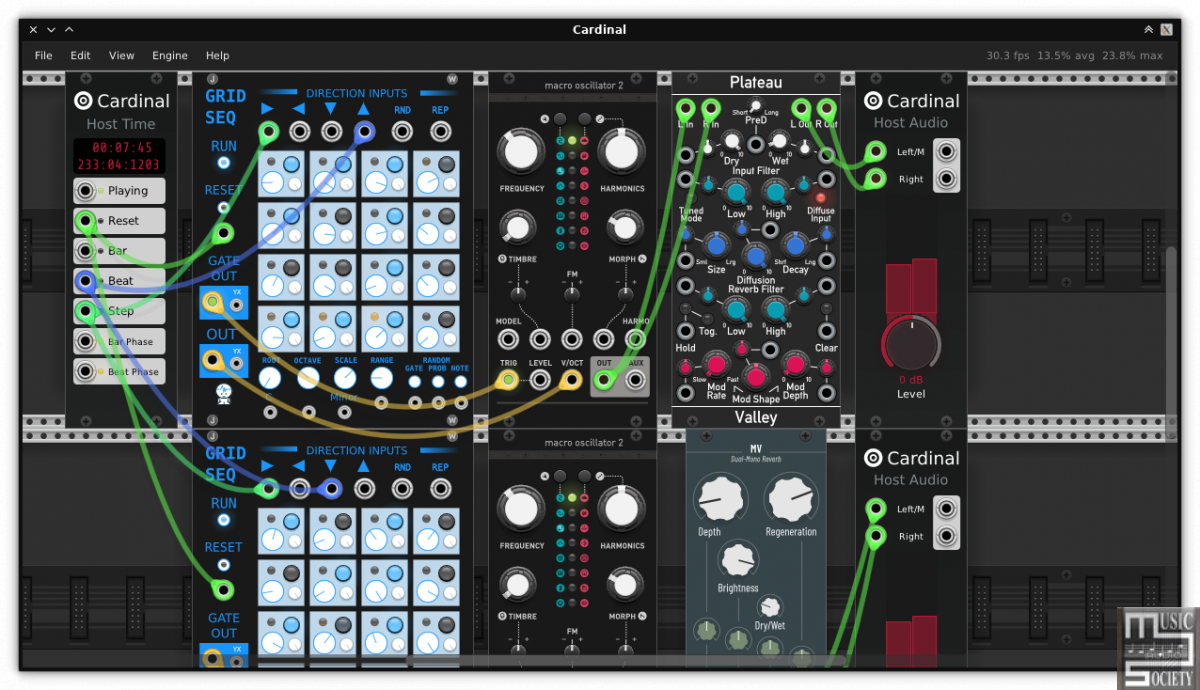 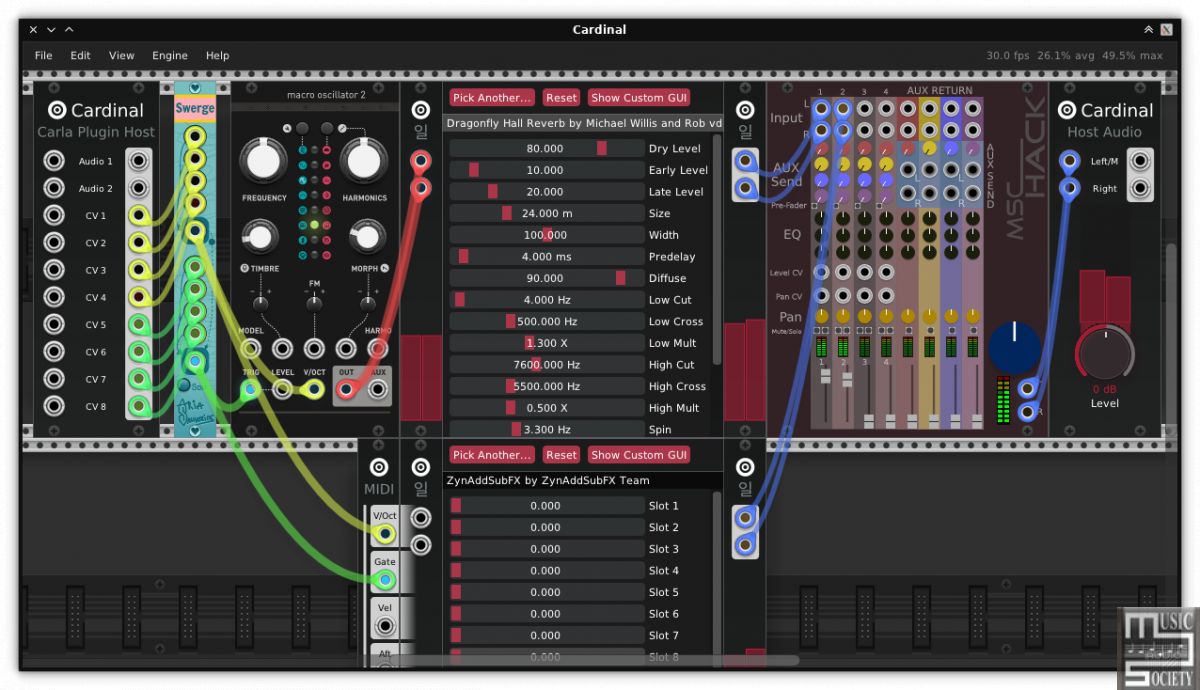 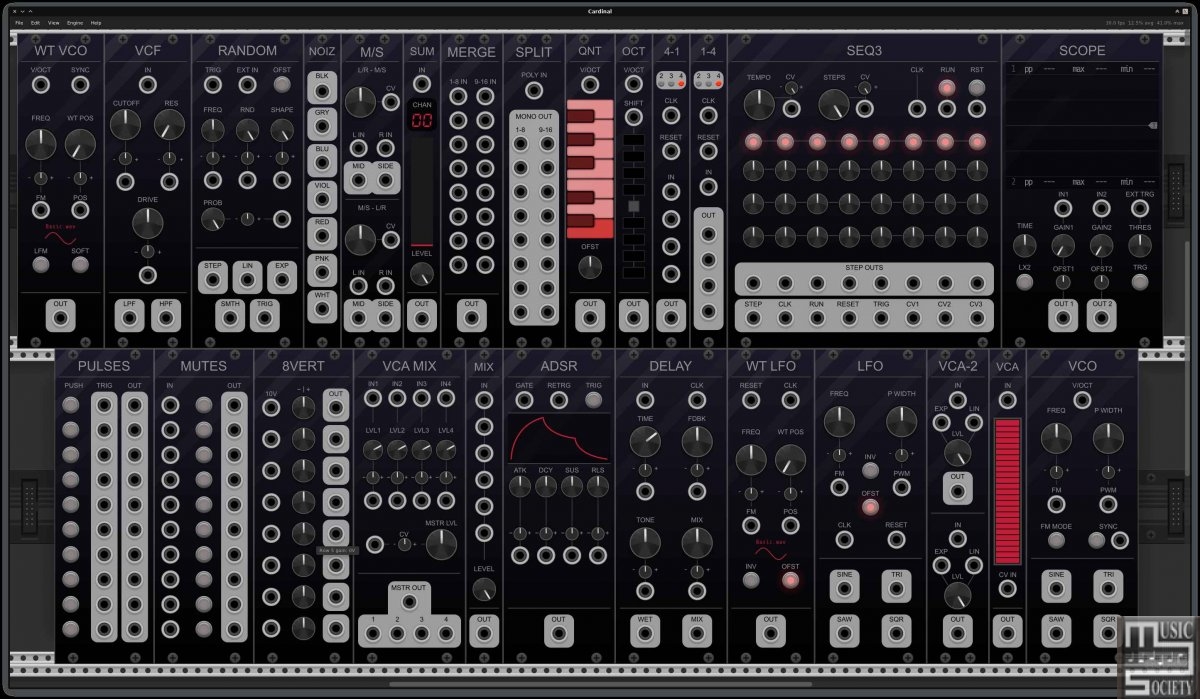 Included modules
At the moment the following 3rd-party modules are provided: