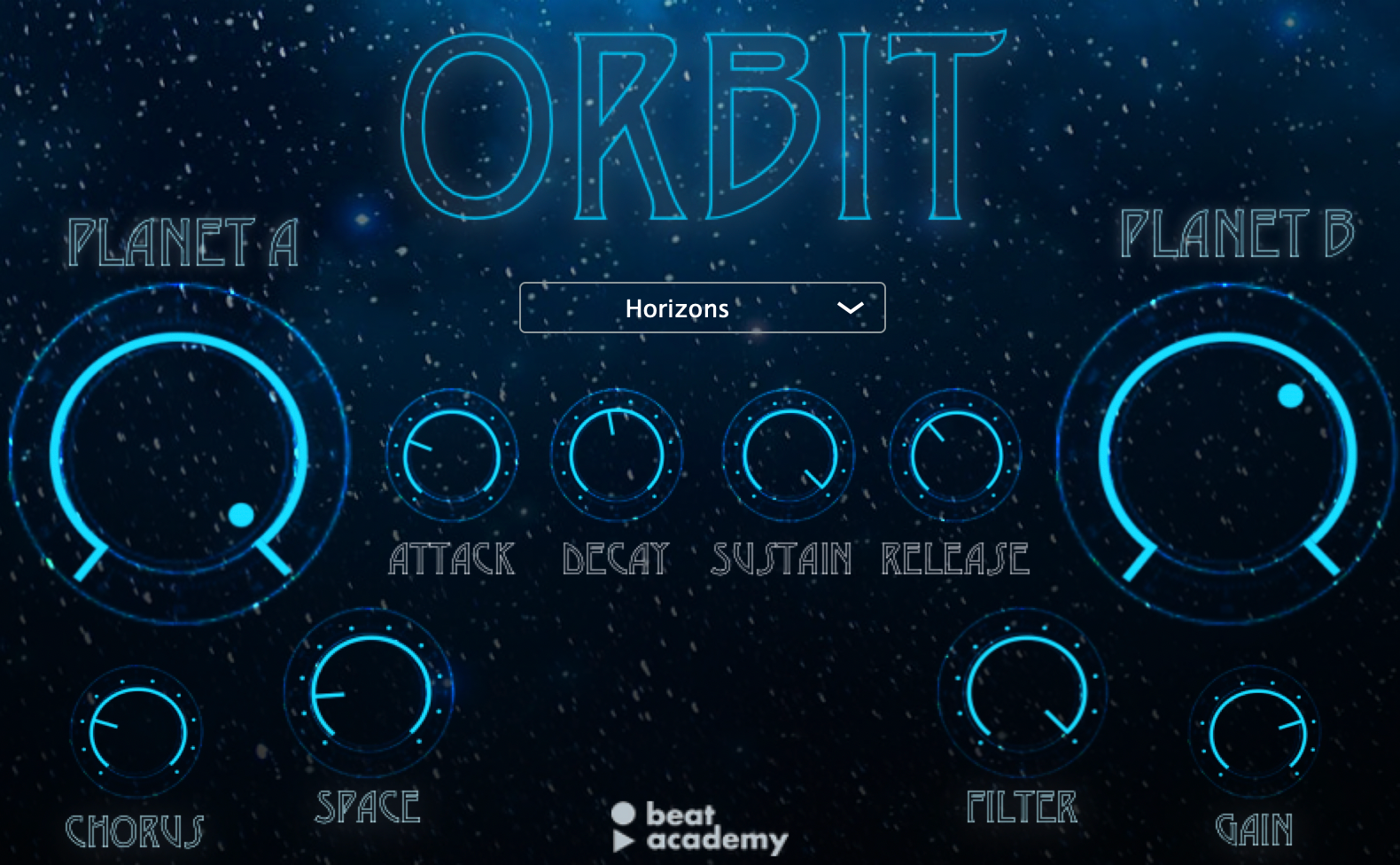 Orbit is another free sample-based virtual instrument that will bring polished and well-engineered sound to your projects. It was made with Maize Sampler, so the feature set is somewhat limited, but the included samples make up for it.

Beat Academy is an online music production training and learning platform, and it was founded and run by Ill Factor, a Grammy-Nominated producer. Orbit was designed by him to create cool, outer space vibes with deep and ethereal sounds. It is now available for free download.

Orbit has a really simple interface centered around the two main sound modules, called ‘Planet A’ and ‘Planet B.’ Yes, the space theme has been kept alive throughout the plugin, which explains the name Orbit and all the preset names that come pre-loaded with it.

The interface comes with a standard ADSR envelope, allowing you to control the amplitude’s Attack, Decay, Sustain and Release. There are also dedicated knobs for Chorus, Space, Filter, and Gain. Together with the controls for the two sound layers, the Orbit interface gives you all the basic tools that you will need to create the sound that you have in mind.

There’s not much information on the product page, but you can watch the video below to learn more about the plugin.